From time to time your business might change, new needs occur and some house keeping could be necessary. Here's some useful information on what happens if you delete an Object from the database or you change the name, rate etc.

Below is an example of how an Object (FCPX) looks in the Edit Project Window before it is deleted.

If we were to delete this object, then the booking looks the same, except that we lose the Object name.

This information is also missing (showing blank) in the Edit Booking window:

Any reports that you run on a Project with any deleted Objects will now show the name as 'Unknown'. 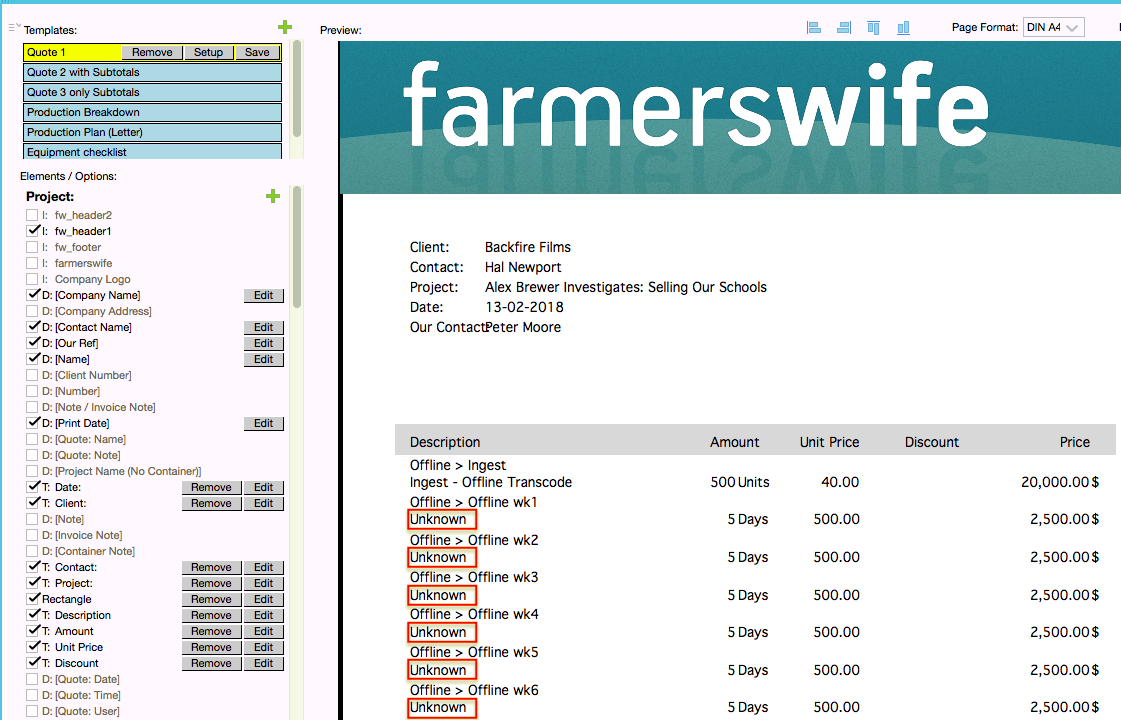 Furthermore you will not be able to run a report on any deleted Object individually as they won't be available for selection in the Toolbox or Object Manager anymore.

Note: From 6.5 onwards you'll be able to set Object Classes = Active = No as well.

Objects added to Budgets will remain un-touched and will also be printed with the original name or the name that it was changed to in the Budget. They also remain in Global Budget Templates. See below the example of Object Class Grading after it was deleted.

Objects added to Virtual Bookings or Project Workorders will remain un-touched and will also be printed with the original name and Rate.

Deleted Objects from the Types: Material, Services, Expenses that are added to Booking Time Reports or as Project Extras remain un-touched and still show in reports.

Renaming an Object also renames it in all past Bookings and Projects. Invoices remain untouched.  If we renamed our 'FCPX' suite, to 'Avid 5', then it will update immediately an appear with its new name in all bookings.

Reports on old Projects will also show use of 'Avid 5' instead of 'FCPX'.

It is recommended that you deactivate Objects (option "Active: NO" in Modify window) instead of deleting them. If you then need to run a specific report on an inactive Object, for example, you can see and select it by choosing option "Show Inactive" from the drop-down menu in the Toolbox > Objects tab.

Extras do not have the option "Active: NO" in the Modify window (Materials, Services, Expenses, Media Orders) can be removed from the system without having any effect, except for being able to add from this point. They remain in Edit Project window, the Edit Booking window, Budgets, Invoices, Project Work Orders, Media Orders, and appear on Reports.

Note: From 6.5 onwards you'll be able to set Object Classes = Active = No as well.